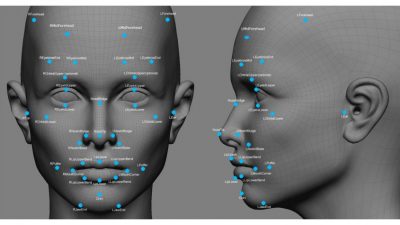 Nowadays programs made by companies like Apple and Facebook are capable of making software that can unlock your phone or tag you in a photo automatically using facial recognition. Facial recognition first attracted me because of the incredible ability it had to translate a few lines of code into a recognition that mimics the human eye. How can this technology be helpful in the world of business? My first thought was in cyber security. Although I merely had one semester, I wanted to be able to use video to recognize faces. My first attempt used a raspberry pi as the central controller. Raspberry pis are portable, affordable, and familiar because they are used throughout the OPIM Innovation Space.  There is also a camera attachment which I thought made it perfect for my project. After realizing that the program I attempted to develop used too much memory, I moved into using Python, a programming language, on my own laptop.

Installing Python was a challenge in itself, and I was writing code in a language I had never used before. Eventually I was able to get basic scripts to execute on my computer, and then I could install and connect Python to the OpenCV library.  OpenCV is a database that used stored facial recognition data to quickly run face recognition programs in Python. The setup was really difficult; if a single file location was not exactly specified, or had moved by accident, then the entire library of openCV wouldn’t be accessible from Python. It was these programs that taught me how to take live video feed and greyscale it, so the computer wasn’t overloaded with information. Then I identified uniform perimeters of nearby objects in the video, traced them with the program using a rectangular, and used database files developed by INTEL to recognize if those objects were the face of a person.  The final product was really amazing. The Python script ran by using OpenCV to reference a large .xml file which held the data on how to identify a face. The program refreshed real time, and as I looked into my live feed camera I watched the rectangular box follow around the contour of my face. I was amazed by how much effort and such complex code it took to carry out a seemingly simple task. Based on my experience with the project, I doubt that Skynet or any other sentient robots are going to be smart enough to take over the world anytime soon. In the meantime, I can’t wait to see how computer vision technology will make the world a better place to live in.